Tonya
South Louisiana
I have been married for 20 years to a great husband and we have 8 children ranging in age from 1 to 18 years. I am a homeschooling mom, which can be very challenging. I love sewing, knitting, reading, gardening and have recently started oil painting. I love to create. I really want to have a blog to show off some of the stuff I create, but I also want to share about my life and family. email me at ctrich8@bellsouth.net

Beautiful Weather and a beautiful Mother 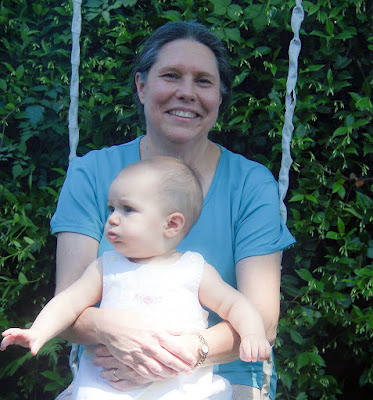 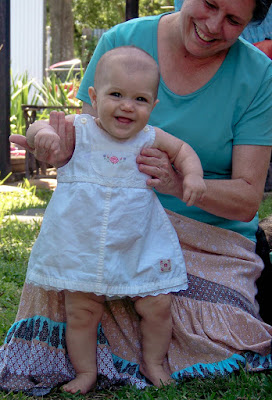 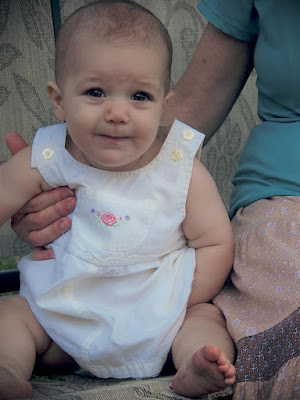 The weather was so beautiful last Sunday, that I took some pictures of Sophia with my Mom. I must say that I have the best Mother in the world. We are literally best friends, rarely a day goes by that we don't talk on the phone. Even when I was in those lovely teen years we were close. And it wasn't because I was easy, I could be quite the little lying, non obeying snot LOL But she would let me stay home from school and we would go eat in the mall, people watch and see a movie together. These are still some of the best memories of my life. She is an awesome grandmother, my children adore their Maw Maw. I only hope one day that I can be just like her with my grandchildren. You will never meet a more giving, loving lady, ask anyone who knows her. She loves to feed people, help people and is the best example of a *true* Christian I have ever seen. She would literally give you the shirt off of her back if you needed it. She goes above and beyond to help people that no one else wants to bother with and doesn't want or expect any recognition for it. She has made it possible for me to raise 8 children, she is always there on a really hard day to come over and help or just to listen to me. I love my Mom more than words can say!

I didn't really plan to write this, but I guess you can call it an early Mother's Day post lol 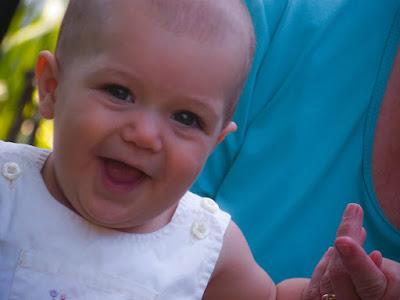 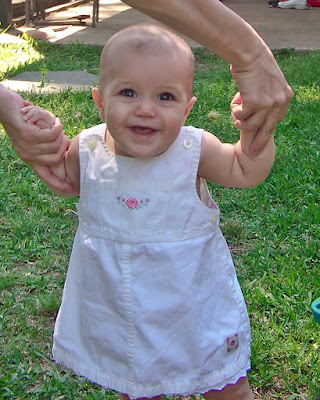 An extra picture of Samuel, because he wanted to show everyone he lost a front tooth : ) 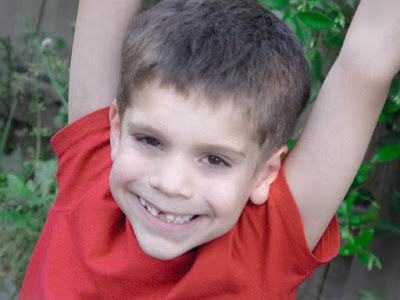 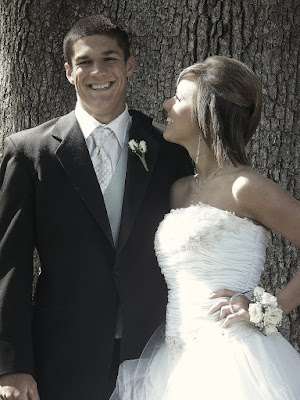 My baby boy is at his Senior Prom tonight, unfreakingbelievable!!!! It literally seems like yesterday that he was Sophia's age. I may be biased, but I think he looked extremely handsome tonight : D 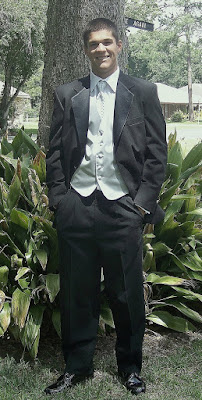 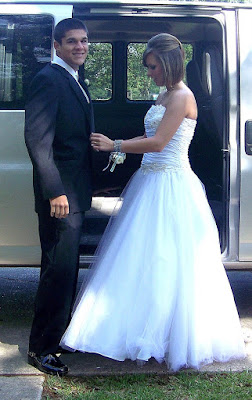 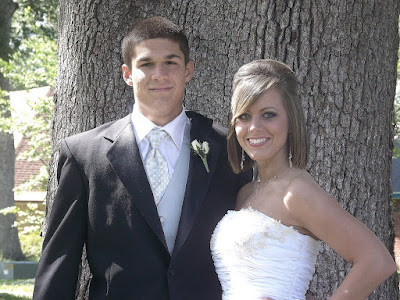 With friends. Alexa, in the one shoulder dress, has been friends with Austin since they were 18 months old. It was surreal to see them all grown up. I am sure they are all having a blast right now. Seems not too long ago that I was at my Senior Prom, oh my! LOL 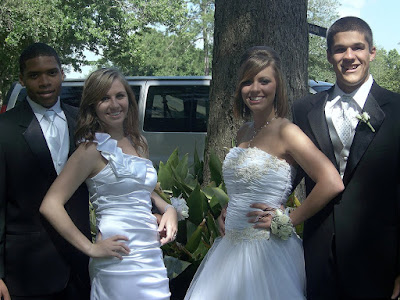 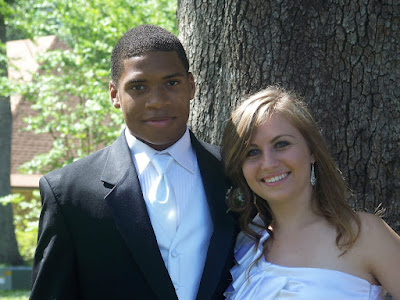 She is sitting up and crawling 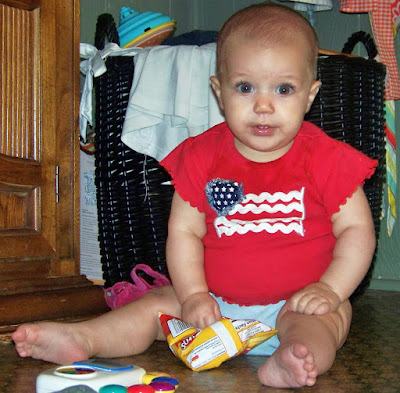 The Fritos weren't opened, no junk food for FiFi yet. She just like the noise the bag makes. 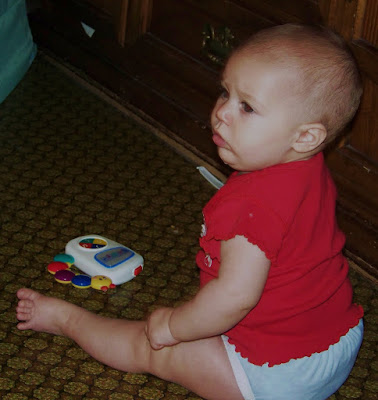 Sophia is officially sitting up by herself and pretty much hands and knees crawling! She just turned 6 months old, so this is early for my babies. My other ones weren't crawling until closer to 8 months old. I don't want her to grow up too fast since she is my last. We also started feeding her solid foods last week. I just steamed some carrots and zucchini and baked some sweet potatoes and pureed it all in the food processor. She also loves mashed up bananas, avocado and applesauce. She even enjoyed some lentil soup at a Greek restaurant Sunday. Unfortunately along with the new foods comes stinky poop. It is so nice when they are only breastfed, the poop barely even smells. Before I know it, my baby girl will be turning 1 year old. It is going too fast!

I think about blogging every day. However, I tend to think a lot more lately than doing. I really really wanted this blog so that I would have a record of my life. Even now, I enjoy looking back and seeing the kids a year ago and remembering things that we did or stuff that happened. I really want to remember these days of raising my children. One day they will all be grown and gone and I know I am going to miss these crazy days. Some things we have done lately. If I were a good blogger, I would have pictures of all of it.

had a birthday/Easter party for some nieces and a nephew along with Cabbage ball and an egg hunt for the little kids.

Chad and Parker turned 43 and 16 respectively

today I went and picked out a tux for my oldest child's Senior Prom. So happy I convinced him to wear black instead of white! LOL

It is already April 2010 and life is flying by faster and faster and my memory is getting worse and worse LOL If I dont' start recording things, I am afraid I will start forgetting. This blog is such an inspiration, in so many ways. She has me wanting to be better about recording these memories. My pictures and words won't be so pretty, but at least the memories will be recorded, ya know?

Anyway, another thing I wanted to show y'all was the warehouse lights I bought for my sewing room. They were $30 each at Home Depot. They look so good in the room and were so cheap : D Gotta love cheap! They look so much better than the wires and naked bulb that were hanging out of the ceiling lol 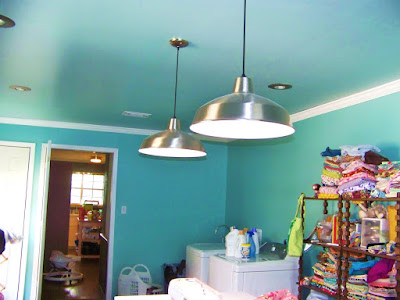 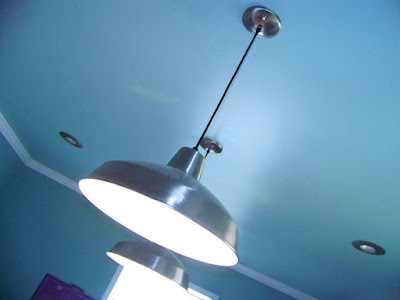 I am also making progress on the quilting of my Mom's quilt. It would be really nice to be able to give it to her for Mother's Day. 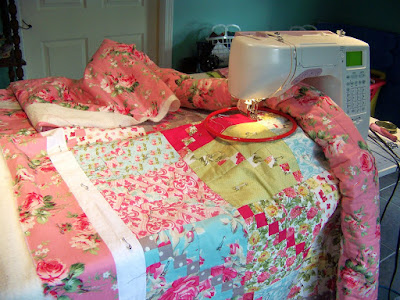